The Poker Definition of Limp

Let us learn what does limp mean.

Poker limp definition- in poker to limp is to bet the minimum amount needed to stay in hand. Limping in poker is usually used when the little blind calls the big blind rather than raising. This is also called flat call, limp in, or calling the blind.

In open limp, the first player that enters the pot preflop bets the amount of the big blind, that is the minimum bet. Under the gun, the position is where there are most chances of open limp to see how the rest of the players on the table will play their hand.

Limping Poker is often considered as passive or weak play and is commonly seen among the rookie poker players and not the experienced players, who just prefer to open the game with a raise when they have a hand they wish to play. 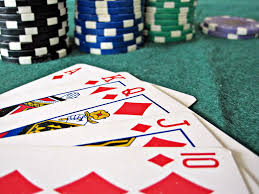 When you limp in from small blind, there is a risk that the big blind will raise, and then you will have to make a decision whether to match or see the flop. This is, however, a cheap investment because you already had to bet half amount of the big blind if you folded rather than limping in.

In case you have a strong hand in the starting when there is the small blind, limping would be a weak and passive move. But if big blind raises, you will get a choice to sweeten the pot and reraise. But in this case, also you must have a strong hand, like A-A.

Small blind limp with a strong hand can prove to be tactic when used against an aggressive player with the big blind. 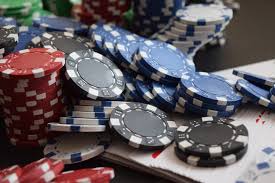 Take an example of open limp- the player who is under the gum and first action preflop. The minimum bet of the big blind is $10, and you place the bet. The action proceeds, and other players get a chance to raise, call, or fold. In case every player on the table folds, the big blind checks then there will be just you two in the pot, along with $5 from the small blind, who folded.

Often one player in the above scenario will raise the bet. Then you will have the choice to call, fold, or raise. If you are not prepared to defend the hand or call the raise, you will end up wasting chips by limping in.

Limping poker is often considered as beginners’ move and weak play. If you are prepared to call a raise, use it as a tactic.

All You Need to Know About Gin Rummy Rules, Objective, and Scoring

How To Play Speed Card Game? Tips For Beginners

How To Play Pitch: A Comprehensive Guide

How To Play Seven Card Stud?

How to Play Hand and Foot Card Game? – Objective, Rules, and the Play

Euchre: Rules, And How To Play The Classic Card Game