How To Play Chess For Beginners? Tips And Guides For Chess.

Are you new to the world of chess? Wants to know the basic chess rules? If yes, then you are in the right place. Here we have listed significant chess rules for beginners. Chess is a game of the mind; once you get to know all the chess pieces moves and guidelines, no one can stop you from winning.

Chess is an incredibly fun game for leisure. But if you don’t know how to play chess, don’t worry, every chess master was once a beginner. Here we have listed basic chess rules and guidelines that can make you a master by following them regularly.

Let’s first start with the chess board and pieces.

The chessboard is made up of a black and white block pattern. Chess pieces move differently. Here we have listed every chess piece and their moves.

The Rook is recognized as a castle tower. It can make a move horizontally or vertically as many spaces as are available. It can be strategically used to capture enemy pieces in its path.

Rooks are strong and significant pieces that can cover an extended range of movement. They can work best at the opening of the game.

The pawns are the essential pieces of chess games. You have eight pawns to use them wisely to win. Initially, pawns can move one or two empty spaces. But it is only allowed to move forward one or two vacant spaces according to the space available on the chessboard. Pawns can capture the enemy piece that is situated one vacant space diagonally in front but cannot move backward.

The pawn is the piece that moves and captures the enemy differently.

People think Pawns may be insignificant, but they can prove as an excellent piece for trapping enemy pieces. It can also capture the opponent’s more valuable piece.

If you played it strategically, your pawn could also checkmate the King!

Knights can be excellent for sudden attacks. Their pattern of movement is often confusing and can trick your enemy into a trap.

The bishop moves diagonally in an unlimited amount of space. It can easily defeat the enemy in its diagonal movement of the path.

If you use bishop in the opening, it can make your enemy confused about your next move. Make full use of the bishop to trick your enemy.

Queen is the most powerful chess piece that can move either diagonally, horizontally, or vertically by any number of spaces. It can capture the enemy’s pieces easily by covering those vacant spaces.

It is a versatile piece of chess. It can be a useful piece for supporting other pieces and can also be used for the process of forking.

Additionally, the queen is considered to be the powerful combination of bishop and Rook. And we can say that the queen is the most valuable piece of chess, next to the king.

The king is the most valuable piece of chess, without which you cannot play further. You must protect your king for playing and winning the game. It can only move one space in any one direction at a time. It can capture the opponent piece, and the checkmate loses the game.

Power of the Chess Pieces

Every piece in chess has different scores of power. Some have fewer points, while others are way more powerful. But every piece has its value; you cannot play without any one of them.

Let’s look upon these values-

Through these points, we can now categorize them. It is obvious that the queen is the most significant piece, Rook is better than bishop and knight, and the pawn is the basic unit to play.

Here we have not defined the king’s value because it cannot be captured; only checkmated.

Time to Set Pieces on the Chessboard

After knowing everything about the chess pieces, it’s time to set it on the board. Arrange and align each piece according to the guidelines given below:

· Arrange the pawns of chess on the 2nd line of the chessboard. It looks like a wall to protect other significant pieces of your game.

Now you can make initial moves by following these three basic chess rules.

The initial start is also known as the opening of the chess.

Let’s look upon these best initial moves that can make you win.

You can also use a special move known as “castling”.

Castling involves the king and Rook chess pieces. It helps your king to get sheltered and Rook developed.

The castle is possible only if-

Chess is a game of the mind, but you can play it like a pro after some practice. We have listed some major tips of chess for beginners. Once you get the knowledge of basic chess rules and chess pieces moves, you will surely become a chess master. We hope that you will get the answer on how to play chess in our article. Comment down below how this chess playing guide helped your game. 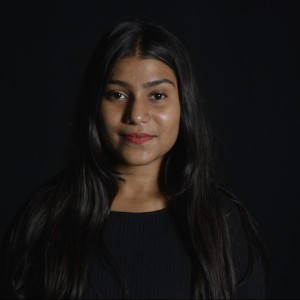 How To Play Mexican Train Dominoes?

How To Play Mancala? Strategic Tips and Rules To Win The Mancala Game

Explained: All The Nitty Witty About Chess Boxing