Barrel Racing Rules: You must have heard about barrel racing quite a few times. But do you have any idea about what is Barrel race? If no, then in this article, you will learn everything that you should know about the barrel race.

What Is Barrel Race?

Barrel racing is a very special event in the rodeo world and is one of the fastest events too. While the cowboys hold spinning bulls and buck, and cowgirls sit on horses charging through the gate racing against the clock. The faster the girl rides on a horse to complete the set pattern, the higher she gets up on the leaderboard. 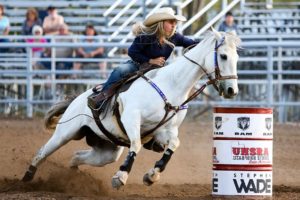 The rider enters the arena quickly and runs in the direction of the first barrel. The rider can decide whether to start at the leftmost barrel or the rightmost barrel and then take a complete circle around the barrel. The rider has to steer the horse towards the second barrel and then run towards the third barrel. After taking a round of barrel three, the rider rides the horse in the direction of the finish line at the fullest speed.

The main goal of a successful barrel race is in the fastest possible time without knocking any barrel. A tipped barrel adds five seconds to the final time of the rider’s if there is any deviation resulting in the cloverleaf pattern. You will end up without any score. Most organizations use the electric timer with a season feature that starts and stops automatically when the horse runs past the sensor. These timers are very accurate more than a human with a stopwatch and eliminate any chance of human error. 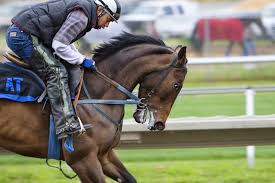 The racer will require different types of gear to outfit a horse. For the safety and comfort of the rider, a saddle for barrel racing is important. These barrel race saddles have short skirts and deep seats that allow more contact with the horse’s back and increase stability. Some riders also add breast collars to prevent the saddle from shifting back during the race and quick starts. A bridle with an effective and gentle bit is vital to guide the horse around the arena. These boots help the rider support a horse’s tendons when he charges around the arena and helps in preventing serious injuries. Some riders also like to carry a quirt or whip to encourage the horse to run faster but check with the organizations about the rules. Barrel racing rules at times are different in different organizations.

Best VR Racing Games To Have A Adrenaline Rush

Driving Games To Try in 2021 For Best Simulation Experience

How to Play Ultimate Frisbee: Rule and Object of Ultimate